The Stories Behind and Inside Climate-Smart® Skincare External aging is real, and pollution only worsens it.

Toxic air is the new radiation

Air pollution affects every living being on the planet, and we’re already seeing the aftermath of poisonous air in the form of fatal health conditions. If the thought of premature aging scares you more than the prospect of acquiring lung disease, then it’s time to start paying attention to the visible repercussions of the aggressive climate.

If you’ve ever thought about the ways UV radiation and sun exposure damages the skin, then you’ll want to take the toxins in pollution just as seriously (if not more). New research emerging in 2016 studied the correlation between traffic-related air pollution and premature aging. When it comes to external aging, the researchers clarified that factors such as UV rays, smoking, and diet contribute to the premature wrinkling of the skin, but microscopic particles in the air are the driving forces of dark age spots.

The big problem in big cities

If you live in an urban place with more freeways than sidewalks, then you have a few constants in your life regarding the climate even if you don’t acknowledge them on a daily basis. It might take an afternoon trip to the mountains to notice the vast difference in the air quality — either because your chest and passageways feel lighter or you can actually see the blanket of smog nestling your home.

In booming cities like Los Angeles, New York, and Beijing, industrial factories and heavy traffic release microscopic particles of smoke, soot, dust, and pollen known as Particulate Matter (PM). The infinitesimal size of the polluted agents — sometimes 20 times smaller than the skin’s pores — allows them to infiltrate the body. As the body’s first line of defense, it’s the skin that takes the blow. Smaller molecules penetrate deeper into the skin, so pollution that encounters the skin can travel deeper into the epidermis than skincare and have a negative impact on skin health.

What happens on a microscopic level in the body affects bodily functions and overall appearance. Pollutants approaching the skin barrier release unstable free radicals into the body, impeding the ability of collagen to promote firmness in the skin and causing inflammation, hyperpigmentation, fine lines, and breakouts. Even worse, these unstable molecules can damage and mutate DNA cells, leading to skin cancer.

Pollution is out of sight out of mind until you’re facing it in the mirror. But Pour Moi won’t leave you with an unhappy reflection. The best way to combat free radical damage caused by air pollution is to guard the skin with antioxidants. Lucky for you and your skin, every Pour Moi product is enhanced with vitamin-packed antioxidants to ward off unwanted pollutants.

[Keep reading: Why You Can’t Compare Skincare and Botox]

Be happy, not hopeless

Our belief is that you can be happy, on the inside and outside, anywhere in the world. As an American company, we take pride in our mantra exclusive to the nation: The pursuit of happiness is a right, not a privilege. But being visibly and emotionally happy doesn’t mean we should be naïve about the external factors working against us, and that includes the poisonous air looming over our busiest cities and robbing us of our youth.

Researchers urge citizens in populated cities to take matters into their own hands, and Pour Moi does most of the work for you. The only thing we can’t do is to come to your house and physically arm your skin every day. As much as we’d love to, that would be creepy. Pour Moi is the only climate smart skincare in the world, and we’ve thought of the issues that you don’t want to think about — changing climates, heightening pollution, aggressive radiation, and so on. You can continue to see the beauty in the world and quest for happiness while Pour Moi harmonizes with the elements, good and bad. Poor me? No, Pour Moi. 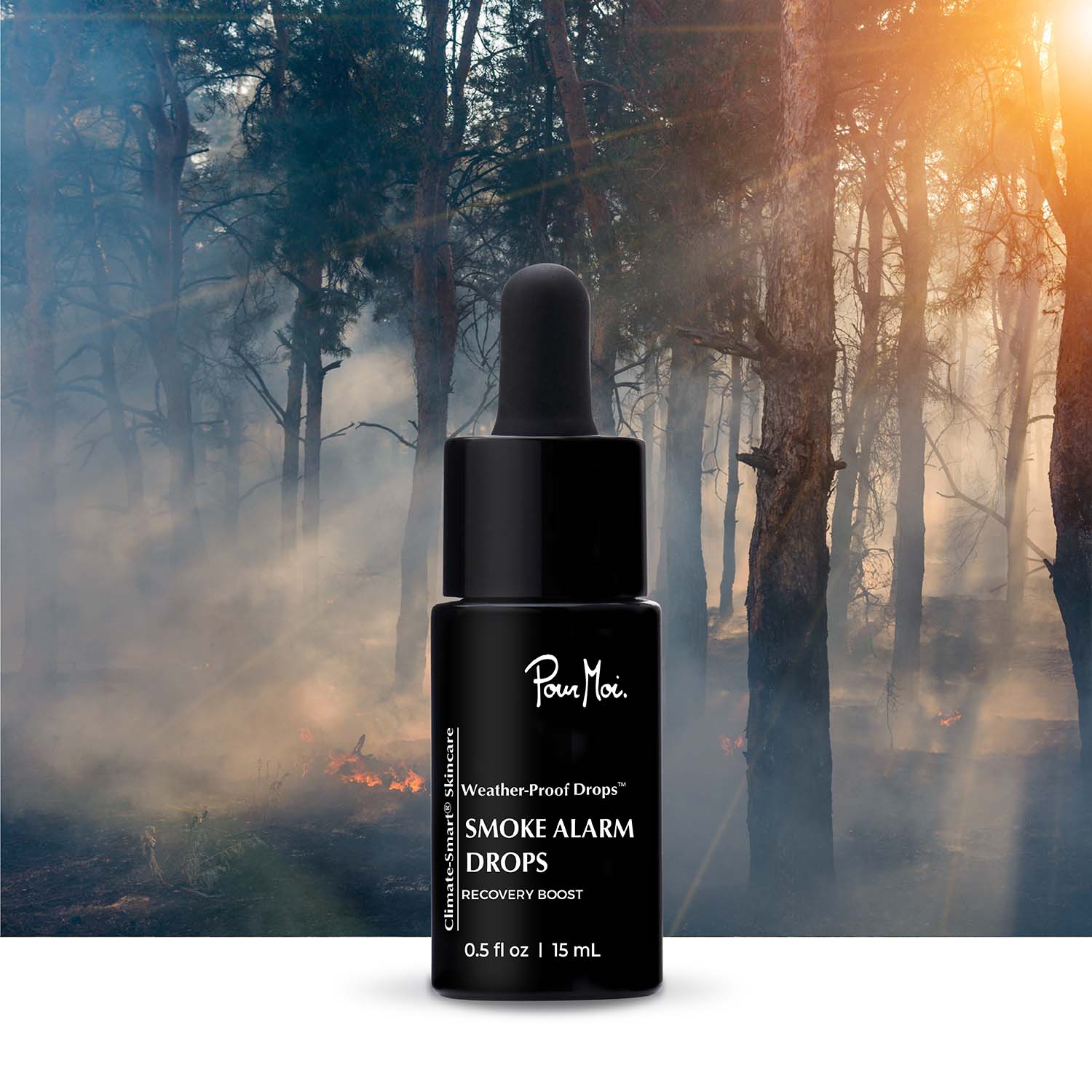